6 weeks of PT leads to improvements for athletes dislocated shoulder 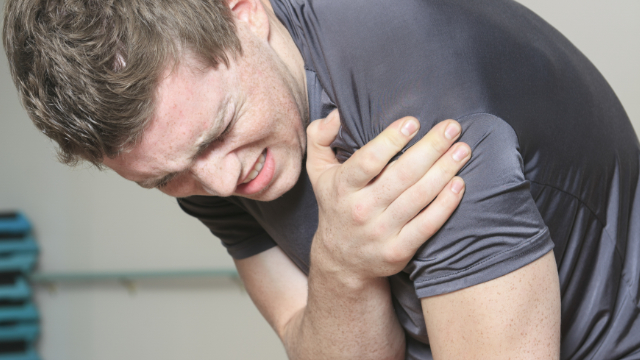 The shoulder is the most frequently dislocated joint in the body, which is mainly due to the difference in size between the large end of the upper arm bone (humerus) and the small space it fits into (glenoid cavity). Shoulder dislocations usually occur after direct trauma or a fall onto an outstretched arm, and these injuries are common in sports like rugby, football, and hockey. Unfortunately, after a first dislocation, the shoulder can become unstable, which increases the chances of another dislocation occurring. This risk is particularly high in younger athletes and those involved in contact sports. Some studies have even suggested that the rate for regular shoulder dislocations is as high as 95% in young athletes who dislocate their shoulder once. These figures show why it's so important to prevent these injuries from occurring in the first place and rehabilitating them properly when they occur. Physical therapy that focuses on strengthening the shoulder is one of the best ways to accomplish this, but it's not clear which exercises are most effective towards these goals. Therefore, a study was conducted on the use of elastic bands and other strengthening exercises to improve joint strength in individuals diagnosed with a first-time shoulder dislocation.

Six weeks of therapy are divided into three stages

Researchers identified 12 physically active male athletes who had experienced a first-time shoulder dislocation who fit the necessary criteria to be included into the study. Two weeks after their injury, these participants began a six-week physical therapy rehabilitation program divided into three stages. The first stage consisted of a variety of strengthening exercises that were intended to build strength and control the pain and inflammation from the dislocation. These exercises were performed at a low intensity. The second stage focused on restoring a higher level of muscle strength and also increased flexibility, and the exercises were performed at a slightly higher intensity. The third and final stage focused on further improving endurance, strength and flexibility, and the intensity of the exercises increased even more. All stages of this physical therapy program included a variety elastic resistance bands for building strength in these muscles. Participants were evaluated before the program began and then again after two, four and six weeks for various measures of shoulder strength and flexibility.

Results from the tests performed prior to the physical therapy rehabilitation program revealed that many patients had weakness in a number of their shoulder muscles as a result of pain, swelling and inflammation from the shoulder dislocation. After the six-week exercise program, however, these patients experienced considerable improvements of more than 90%. In fact, these improvements in strength and flexibility were so great that the values between the injured and uninjured shoulders were extremely similar in the final measurements. These findings suggest that a physical therapy rehabilitation program that includes elastic resistance bands and weight machines can be effective for improving strength and flexibility in patients who dislocate their shoulder. Following this type of treatment program after an initial dislocation may in effect reduce the likelihood of the patient experiencing another shoulder dislocation and needing surgery as a result. Therefore, while more research on the topic is needed, patients are strongly encouraged to visit a physical therapist after their first shoulder dislocation for appropriate treatment, as it may save them from additional shoulder injuries in the future.