Physical therapists may be an alternative to seeing a doctor first 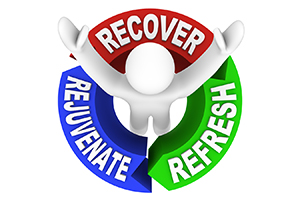 A large percentage of the population throughout the world is getting older. In the United Kingdom, the current percentage of the population over the age of 65 is 17%. This has grown from 15% in 1985 and is predicted to rise to 23% by 2035. Similar changes are also occurring here in the U.S. As a result of this increase in the elderly population, there will also be an increase in the number of health conditions that are related to old age. In particular, arthritis and painful conditions that affect the back, shoulders, and knees (musculoskeletal conditions) are all expected to rise. As it stands, most of these patients with musculoskeletal conditions go to see their general practitioner for treatment or a referral to another doctor. But as the population continues to age, it will become difficult–if not impossible–for general practitioners to handle the amount of patients seeking treatment.

Why physical therapy may be part of the solution

For this reason, something needs to be done to ease the load of patients seen by general practitioners. One possible solution is to have patients see a physical therapist for any musculoskeletal conditions first, instead of their general practitioner. Physical therapists typically see patients with these conditions and are well-equipped to diagnose them, treat them and/or refer patients elsewhere. Although some research has been conducted on this topic, additional evidence is needed to support this type of approach to treatment. Therefore, a study was conducted to evaluate if having patients see a physical therapist first for musculoskeletal conditions was safe and effective and if patients were satisfied with the treatment they received.

-As reported in the June '16 issue of Physical Therapy